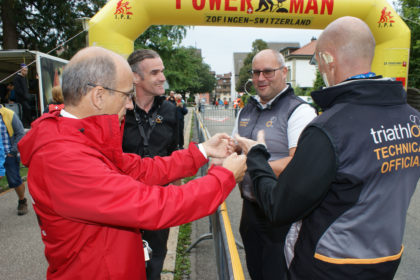 The Powerman Zofingen will also be held in the next two years as ITU Powerman Long Distance Duathlon World Championships. Stefan Ruf, who is starting his 17th year as OC President, has signed a contract with the International Triathlon Union (ITU). Ruf intends to invest even more in organisational quality and athlete marketing in the future. The Powerman Zofingen clearly focuses on the long distance race. On 8 September 2019, the World Championship race will once again take place on the new track, which will be held for the first time this year, with slight optimisations.

Stefan Ruf, was the 30th Powerman Zofingen a success from your point of view?
Stefan Ruf, OK President Powerman Zofingen: For the 30th edition the Powerman Zofingen changed to a completely new bike course. This was a tremendous challenge for our organization, because the goal was to maintain a route that is also suitable for the future. In the end this was very successful and the feedback from the athletes but also from the new places of transit was excellent and gives the event very good chances for the future. That’s why I consider the 2018 event to be both a landmark and a great success.

So the new route remains the same?
That was the goal and we achieved it. Feedback from participants, transit communities and the police was all positive. There were only a few accidents. And if it came to such a thing, then unfortunately exactly there, where we had foreseen the difficulties, so for example in the Renzlingenstrasse in Reiden. But there are talks going on with the community to find a better solution. Some of the construction sites, which were a bit difficult this year, will also be removed in 2019 and some bad road surfaces will be renewed until the 31st Powerman Zofingen.

What needs to be even better in the future?
The organisation must become more focused and efficient in its preparation and implementation. The main competition is the Long Distance World Championship. That’s what everything has to be geared to. Of course there will still be the PowerKids and the CHARITY run. However, these must not restrict or complicate the long distance. A simple example: In the future all competitions will start at the same place. That makes things a lot easier for everyone. We need to become much better in international marketing. We want to bring more foreign participants to Zofingen. These also bring economic benefits for the region.

The contract with the ITU (International Triathlon Union) was newly signed. So there will be also 2019 and 2020 in Zofingen ITU Powerman Long Distance Duathlon World Championships. Are you honoured that the ITU (International Triathlon Union) and the IPA (International Powerman Association) will be making their twelfth and 13th appearances in Zofingen after 1997, 1998, 1999, 2011, 2012, 2013, 2014, 2015, 2016, 2017 and 2018, not to mention their ninth and tenth in a row?
It is indeed something of which I am personally very proud. The fact that the ITU places this trust in us is due to our transparency and our dealings with the international association. But we have to be aware at all times that this World Cup history can be over at any time. In this respect, it is precisely for this reason that we have to invest in organisational quality and in athlete advertising. Our claim must be that exactly the same number of athletes come, whether or not a World Cup takes place in Zofingen.

What are the biggest challenges facing the Powerman Zofingen in the coming years?
I think it will be even more difficult to raise the necessary funds. This means that we must be able to offer our partners genuine added value. Moving images and new media play a central role here. The same applies to the recruitment of participants. The best advertising ambassadors are the satisfied participants. In addition, we have to find people around the globe who are looking for a race as challenging as Zofingen. We must do this through digital channels and social media.

What can one expect new with regard to the 31st Powerman Zofingen on 7th/8th September 2019?
2019 is a year of consolidation. This means almost the same program and the same routes as 2018, which allows us to invest in quality. Then we want to take the opportunity to integrate the new transit communities more strongly and thus anchor them more firmly in the region. “12 communities – 1 race” is the motto. And then we want to further expand the Reitnau hotspot. This could also include a mountain race of a different kind, instead of driving a car by bike.

Previously, Powerman Zofingen had three departments in the top management structure, plus a General Secretary. And then a good handful of department heads. Will it stay that way and how does it all work?
The organisation into the departments of Competition, Marketing and Services has proved its worth. However, we want to optimize cooperation and make it more efficient. Because the organization is somewhat complex and the final product, the competition weekend, is delivered only once a year, the leadership becomes more directive than in the past.

In 2019 you will personally tackle your 17th year as OC President of Powerman Zofingen. Is the momentum still as great as in the first year of office?
I’ve never counted the years and that’s a good sign for me personally. Powerman is for me a balance to my professional activity and must therefore be fun. This requires two things: success and a positive, optimistic environment. We have both at the moment, which was not the case 17 years ago, for example.

The OK has now grown to about 50 people. Where are there still vacancies that can/must be filled?
With an OK this big, there’s always a few vacancies. Mathematically, that would be 5 per year if an OC member stayed with it for ten years. If you would like to join us and be a part of a unique story, just contact us. However, new skills are also required, such as website programming, online sales, social media managers, international media and two or three project managers.

The Powerman Zofingen is the toughest and most important duathlon in the world. However, the atmosphere in Zofingen on the race weekend is very familiar. Do the athletes appreciate that?
The multisport community is developing more and more into two camps: the Ironman fans and the others. The second group seeks, among other things, family and personal contact and does not want to be seen only as a paying customer. That’s why the family atmosphere is very important to us.

The retired Swiss top duathlete Marc Widmer is now Duathlon Director at the Swiss Triathlon Federation (Swiss Triathlon). The 38-year-old Zurich native succeeds Oliver Imfeld, who has taken up the post of General Secretary at Powerman Zofingen. Is this an ideal solution from the point of view of Powerman Zofingen?
It’s not a coincidence, but it’s a stroke of luck. Nobody has been on the road internationally in duathlon longer than Marc Widmer. Marc is one of the record participants at the Powerman Zofingen and knows exactly about the importance of the event taking place in Zofingen. I am very much looking forward to working with him. A further advantage is that Oliver Imfeld can now concentrate fully on his task as Secretary General of Powerman and that we will certainly make progress.

What is the development in duathlon sport on an international level like? Are there any new races in the International Duathlon Series?
Two to three new races are added every year. But we have also received enquiries for new races in Switzerland in recent weeks. I think that’s very positive. In Zofingen, however, we must concentrate first and foremost on our own cause. Rather we hold fate in our own hands than to put it in those of others, after all, our ambition is to be the number 1 event in duathlon sport. 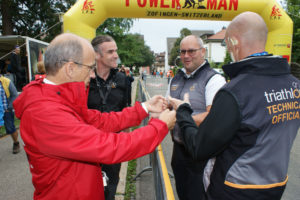 Stefan Ruf, OC President of Powerman Zofingen (far left) has signed the world championship contract with the International Triathlon Union (ITU) for the years 2019 and 2020. 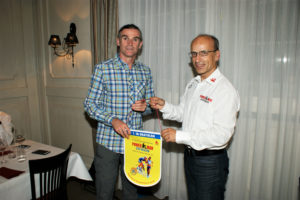 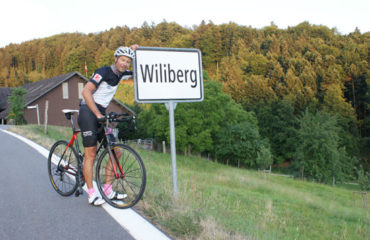 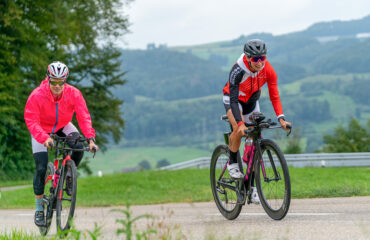 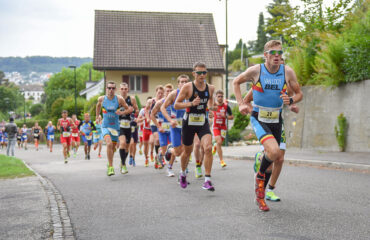 “I want to step on the podium in Zofingen”