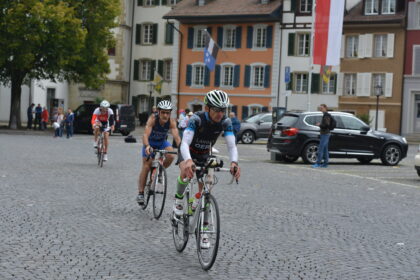 After 1997, 1998, 1999, 2011, 2012, 2013, 2014, 2015, 2016, 2017 and 2018, the ITU (International Triathlon Union) and the IPA (International Powerman Association) are holding their 12th joint ITU Powerman Long Distance Duathlon World Championships in Zofingen. The PowerKids / PowerFamily races and the PowermanCHARITY will already be held on Saturday, September 7, 2019. In the greater Zofingen area, traffic congestion and waiting times may therefore occur on 7 and especially on 8 September.

The organisers of the Powerman Zofingen ask the road users to be careful on the weekend of 7/8 September 2019 in the Zofingen area. On certain parts of the route it can happen that an athlete is cycling at well over 60 kilometres per hour. This applies to other road users when overtaking, turning onto the road, etc.. Caution is therefore primarily required on the bike course. This leads from Zofingen to Strengelbach, Vordemwald, Rothrist, back to Zofingen, the Mühlethal up to Uerkheim, via Holziken, Schöftland, Wittwil, Staffelbach to Reitnau and via Williberg, Reidermoos, Reiden, Wikon back to Zofingen. On Sunday, September 8, 2019 the races will start at 8 am and last until about 8 pm. Already on Saturday, 7 September 2019, the PowerKids and PowerFamily races (13.00 to approx. 15.30) and the PowermanCHARITY (5 km run for a good cause from 16.30 to around 17.30) will take place.

The Powerman Zofingen-OK thanks the population for their understanding and for accepting waiting times or handicaps. On Thursday, August 22nd, starting at 6 p.m., a few dozen OK members will go on the World Championships course to distribute info flyers to the local residents. OC President Stefan Ruf also thanks the shops in the old town of Zofingen for their understanding, as the World Championships cycle and running track also leads through the picturesque town of Thut. “The road users should pay attention even before the Powerman Zofingen weekend, as hundreds of participants are already on the track for training purposes. “Of course, you can watch the World Cup race live on 8 September, or in the over nine-hour live stream. In addition, TV24 and Tele M1 will broadcast the World Cup race in the decisive phase (2 p.m. to 4 p.m. live). 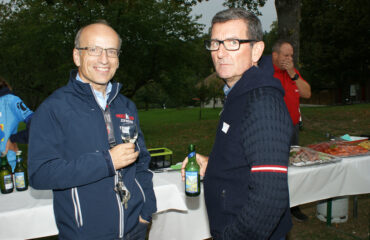 Thanks from OK President Stefan Ruf 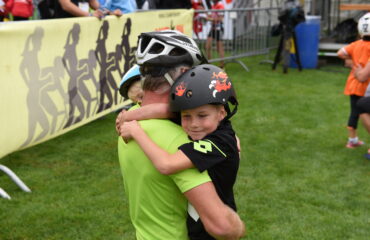