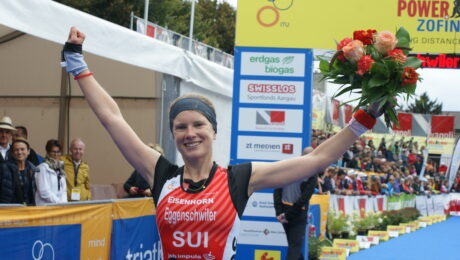 The sports year 2020 is a huge challenge for athletes, federations, organisers and all of us.

Today, tomorrow and perhaps even in the years to come, we have to face completely new standards for sporting events. This means a great deal of extra work for the organisers and requires understanding and tolerance from the athletes. Whether or not an event can finally be held on the planned date is not guaranteed. It may even have to be cancelled unexpectedly at very short notice due to binding force majeure conditions, government directives or any other reasons.

At this point in time, the national regulations of the Swiss government allow the staging of an event of the size of the ITU Powerman World Championships, but this is still connected with uncertainties. The International Powerman Association IPA and Swiss Triathlon are striving to hold the event within the given possibilities and are continuously coordinating with the ITU and local authorities further steps.

We will inform regularly and, if necessary, immediately about further developments.

Should the race in 2020 have to be cancelled at a later date, the starting places will be transferred to 2021.

The final decision will be taken on 1st of July 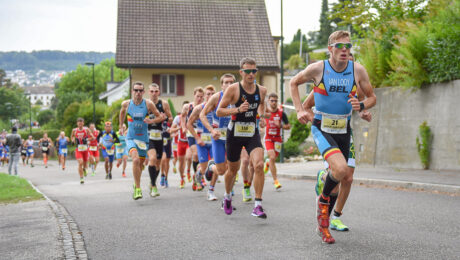 We had planned to communicate on the 20.06.2020 about the decision to hold the ITU Powerman LD Duathlon World Championships event September 20, 2020. It will take a few more days to coordinate the new rules of the Swiss government, valid from June 22nd, with the local authorities and to exchange the results with the national and international federation. We are convinced that it is in the interest of all parties to make the best possible decision and hope for your understanding.

As you all might think, in the current situation there are many reasons against an implementation and many reasons for an implementation.
We would like to examine the new facts seriously and for this purpose we need time until the end of June and will communicate a decision on July 1, 2020.

Thank you very much for your patience and understanding. 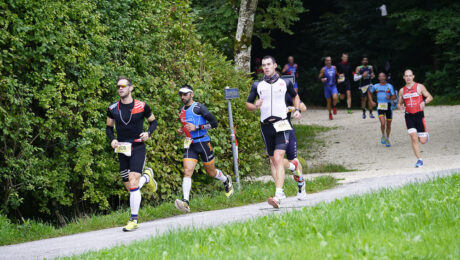 Every day we can read thousands of information on the current pandemic situation in medias. Based on this information, it is still not possible to make reliable forecasts as to whether sport events such as the Powerman Zofingen can take place in September. The LOC of the Powerman will wait until June 20th – that is three months before the race – and decide based on the then available knowledge and regulations. The LOC remains optimistic and still hopes to be able to communicate a “GO” on June 20th.

Registration for Powerman 2020 is open 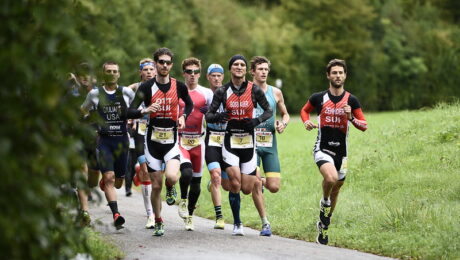 From now on you can register for the Powerman Zofingen 2020. The event will take place on September 20th 2020. Those who already register now will benefit from attractive participation fees. All further information about the event can be found here: 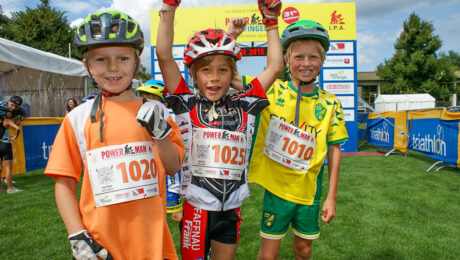 In the meantime Klaus Aberger has edited a great video for this year’s PowerKids race. We hope you enjoy the video!

Thanks from OK President Stefan Ruf 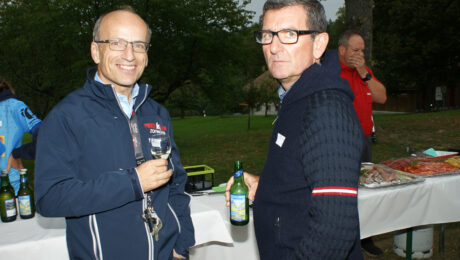 An unforgettable ITU LD Duathlon World Championship 2019 is behind us. I congratulate Nina Zoller and Diego Van Loy to the World Championship title and all other participants to the successful finish. I thank all partners and helpers who made the event possible.

I am looking forward to welcoming you all to the 32nd Powerman Zofingen, ITU LD Duathlon World Championships on September 19-20, 2020.

The registration system will open shortly. The first 50 registrations on the long distance will get an early entry discount. Write us an email with the keyword “earlyentry20” and ask for the conditions and the code.

See you September 2020 in Zofingen 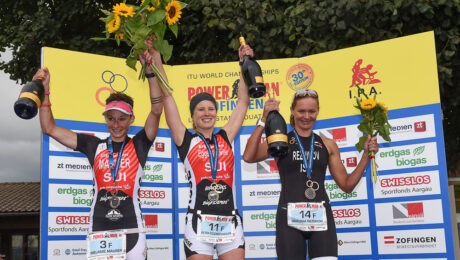 You can’t be live at the elite race on Sunday? No problem, we provide you with the most important information in real time. Here you can find our live stream, our live ticker and the live rankings.

Leo and Freddy Nock in single use

Leo and Freddy Nock in single use

As in the last two years it rained this year on the first day of the Powerman Zofingen weekend. This time the sun showed up in time for the start of the PowerKids. This was appreciated by around 200 PowerKids and around 150 participants in the Powerman CHARITY, which was held for the second time on Saturday.

On the first competition day of the 31st Powerman Zofingen the children, the families and the CHARITY participants were the centre of attention. Around 200 children between the ages of 1 and 13 were involved in the PowerKids races, divided into five different categories. For the fifth time the category PowerFamily (one parent and at least one child) was added, in which more than 35 people took part. “This is the category that gives me the most pleasure. One parent, together with at least one child, can take part in a competition there that is a lot of fun, which you can also see in their radiant faces,” said Chiara Schaffner, who is responsible for the PowerKids races. “The great joy, the exemplary commitment and the enthusiasm of the children are for us the reward for the work done. »

City council does good
This year the Powerman CHARITY took place for the second time not on Powerman Sunday but on Saturday. The proceeds from the Powerman CHARITY will go to Spittelhof Zofingen and the foundation “Denk an mich” this year. Compared to last year, there was a slight increase with 145 participants. “With Christiane Guyer, Dominik Gresch, Peter Siegrist and Andreas Rüegger, more than half of the city council took part, which I really appreciate,” says Christoph Gassner, responsible for the Powerman CHARITY at Powerman Zofingen. Actually, city mayor Hans-Ruedi Hottiger had also assured his participation. “But I had to pass because of a pulled thigh,” he told me on the phone.

Freddy and Leo Nock in action
In the last Powerman Zofingen anniversary year Freddy Nock had broken the 24 hour world record in the wheel of death. This time the world-famous Uerkheim high rope artist again took part in the Powerman CHARITY. “This time for the first time with my son Leo, of whom I am very proud, he seems to want to follow in my footsteps with high ropes.” Leo had already taken part in the PowerKids competition before. “I trained on the high wire for my double use and in the 5 kilometre run I always had to wait a little for my father. “Kazim Carman finished faster than the Nock duo. The Rothrister Kickbox-Crack, director and actor had trained regularly on the 1’000er-Stägeli in Aarburg. “My heart beats for Andy Hug, the late K1 star would have turned 55 today,” he said and went straight back to his Expo stand. “I can handle these strains easily, I’ve already eaten four standard Kazim bars today.” Sara Bachmann, who took part in the course with her bitch, was again the right person to get her dog. “Aria jumped like a madman, kept pulling me, but would have gone hopeless without my sense of direction.”

On Sunday it’s serious
The 2019 Zofingen ITU Powerman Long Distance Duathlon World Championships will start on Sunday morning at 8am. The women are first and there is good news from a Swiss point of view. Defending champion Petra Eggenschwiler from Solothurn starts: “At least I try, I feel much better than I did at the media conference at the beginning of the week. I don’t know how my foot will feel, I haven’t run for a few weeks.” At 9:00 a.m., the men come to the train. The World Cup programme includes 10 running, 150 cycling and another 30 running kilometres. Teams start at 9:35. At 9.45 am (women) and 9.50 am (men) the Shortdistance-Duathlon starts over 10 running, 50 cycling and 5 running kilometres. Natascha Badmann from Küngoldingen, six-time Ironman Hawaii winner and two-time Powerman Zofingen winner, will also be on display on the short distance course. A summary of the race as well as the decisive phase of the World Championship race will be broadcast live on TV 24 and Tele M1 between 2pm and 4pm. This with the presenter duo Natascha Badmann/Raphael Galliker. There is also a livestream from 8 a.m. to 4 p.m. where you can watch the whole race. See www.powerman.swiss, where you can also find a commented live internet stream.

Yesterday this year’s “international night” took place on Heitere. We have prepared some impressions for you: 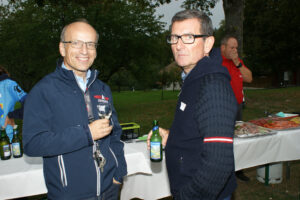 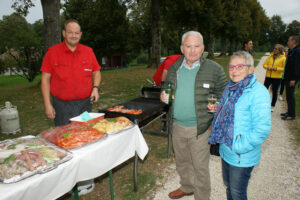 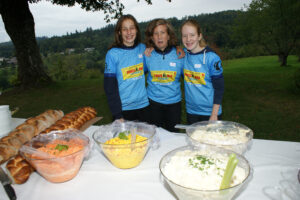 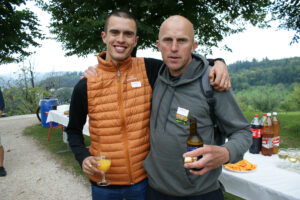 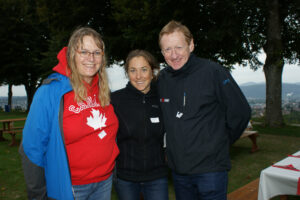 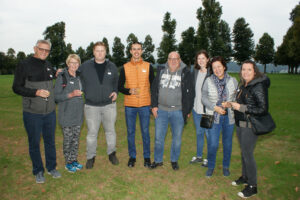 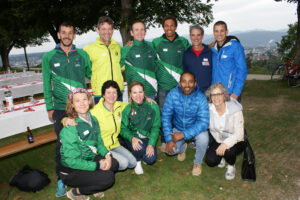 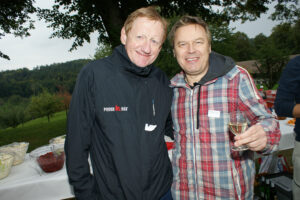 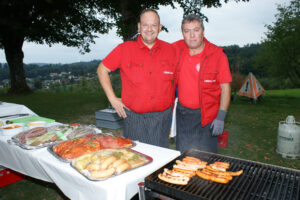 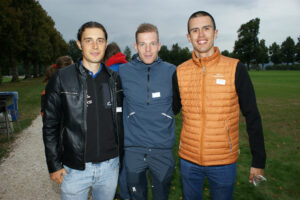 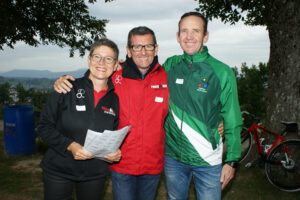 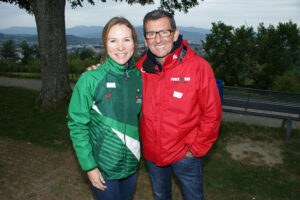 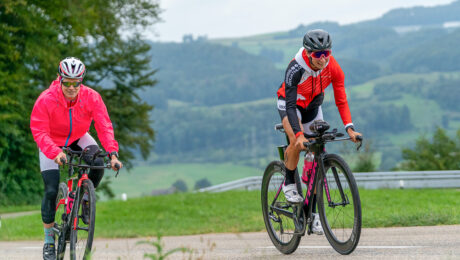 The 31st Powerman Zofingen will take place from 6th to 8th September 2019. On Sunday the ITU Powerman Long Distance Duathlon World Championships will take place. The official media conference was held in Reitnau on September 2, 2019, where the heart of the new cycle track, which was opened last year, will be located. The top duathletes Petra Eggenschwiler/Melanie Maurer and Rolf Wermelinger/Michael Ott completed a small prologue in duos for the first time on the demanding climb in Reitnau.