Diego van Looy: “Because the Duathlon World Championship is more brutal than any triathlon in the world” 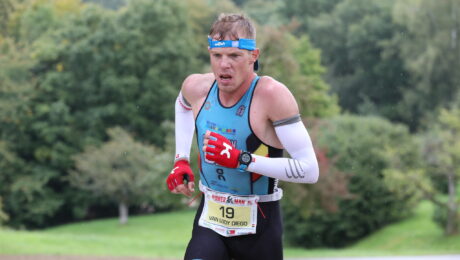 The preparations are going according to plan: on September 18-19, the long-distance Duathlon World Championships will take place in Zofingen Switzerland. Belgian Diego van Looy counts the “brutal” Powerman Zofingen among the “epic races”. After difficult months, the defending champion of the long-distance duathlon world championship hopes his health allows a start in September.
Slowly, competition in the professional field is picking up again. Who of the athletes will be at the Powerman Zofingen in September? Some of them are already delivering top times again. But there are others as well: For these athletes, the start line seems far away at the moment.
“The forced break caused a mental low”
One of them is Diego van Looy. The Belgian won the duathlon long-distance world championship race in the fall of 2019. “I hope I can start in September and I do a lot for it, but it remains questionable for me,” says the 30-year-old athlete. On the one hand, there is an Achilles tendon injury that slows down the triathlete and forces him to use alternative training methods.
And also on the mental level Diego van Looy is currently trying everything to get on the right track. Last season, as is well known, hardly any triathlon races came to fruition because of the Corona pandemic. “That was extremely difficult for me. Triathlon gives me my income, I live off prize money and sponsorship money,” van Looy explains. “The forced break caused a mental low for me and I’m not quite out of it yet.” Last weekend, he missed the Ironman in Lanzarote, his second home. “I hope my joy for the sport will return.”
Perhaps memories of his big coup in 2019 can help, the thought of the emotions when he was allowed to enter the arena in Zofingen as world champion? “Yes, that was a nice day,” says Diego van Looy, “and of course I haven’t forgotten the pain and suffering on the way to the finish, and the pride that I was the first to finish.” And then suddenly it’s there again, the fire. Zofingen, he says, is a race he would love to do every year, “Because in the end it’s more brutal than any triathlon in the world, especially the second run leg is so hard with all the climbs that kill the legs.”
No chance to fulfill Olympic dream
Diego van Looy competed in his last event on August 30, 2020, when he won the inaugural Vercors Man Triathlon in France. Since last spring, he had to take a three-month break from swimming twice because the indoor and outdoor pools were closed. When it became apparent that the 2020 triathlon season might fall through due to a pandemic, Diego van Looy focused primarily on running. He flirted with qualifying for the Olympics in the marathon. As a triathlete, he managed a marathon time of 2:24 in 30-degree weather without any special preparation, and he might have been able to break the Olympic limit of 2:11:30, van Looy says. “But none of the race organizers let me try, they all already required a 2:14 result for eligibility.” That, he says, was a damper. It was only after a seven-week break that Diego van Looy started training again.
No desire for virtual races
He also refrained from virtual formats, saying that wasn’t his thing. “I want to be able to stand on the starting line together with my competitors, and do it for real, physically,” he says, hoping to tackle more “epic races” like the Powerman again in the future. Until then, the duathlon world champion is also using the night to prepare. At home in Belgium, he has mounted an “altitude tent” on his bed. This simulates air conditions like in the mountains and has a similar effect to altitude training. But he prefers to be directly in the mountains. In the summer, he usually plans a training camp of about one month in the Engadine, also in view of the Powerman Zofingen.
Homestay family Pfäffli again in Brittnau
All in all, would Diego van Looy hardly be the favorite for World Championship gold this year? “No, I wouldn’t be the man to beat, but I would be extremely happy if I could just complete the race, see familiar faces and my homestay family Pfäffli in Brittnau, Neighboring village of Zofingen.” It would be van Looy’s third Powerman Zofingen participation after 2019 and 2015, when he was there “for fun” and finished ninth. Everyone would like him to have both in Zofingen this year: Fun and success.
Text: Melanie Gamma
Read more
No Comments 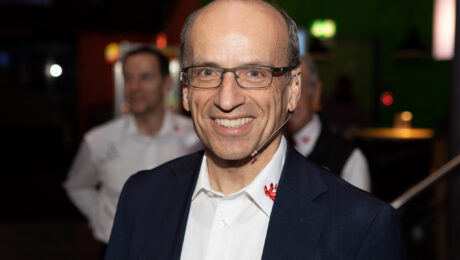 “The preparations are going according to plan: on 18-19 September the long-distance World Duathlon Championships will take place in Zofingen. Stefan Ruf, President of the Powerman Zofingen organising committee, talks about the state of preparations.

What is the state of preparation about 75 days before the World Championships?

Stefan Ruf: Only two and a half months are left and then the Powerman Zofingen will take place for the 32nd time – under the title: World Triathlon Powerman Long Distance Duathlon World Championships 2021. We are really looking forward to having a competition again in September after such a long break.

What feedback has the LOC received from the athletes?

The athletes have been training for months. The top athletes have already had one or two competitions. They all want to show that they are fit and want to race again. Competing is the essence of sport. Be it with your own best times in previous years or with the times of your colleagues. With the elites, it’s all about the title. We have recently received a lot of feedback and questions. There is a lot of interest.

The Powerman World Championships had to be postponed twice. What did this postponement mean for the registered athletes?

What is the current registration status?

That is still relatively difficult to assess at the moment. Due to the pandemic, we had a special situation with consequences for international travel. We are now assuming that entry regulations and quarantine rules will be much easier, so that many foreign participants will be able to travel to Switzerland again. Overall, the number of registrations is already respectable. The number of registrations will rise sharply in the coming weeks. This is especially true for the elite athletes – after all, the world championship participants have to register by 31 July.

What support has Powerman Zofingen received from the authorities?

In Switzerland, we consider ourselves fortunate that the government has approved a major support programme for the sport and is making extensive financial resources available to the associations. The aim is to cover the financial risks and to make COVID 19 protection concepts possible. Above all, despite the economic uncertainties, we can continue to count on the support of our loyal sponsors.

What have you been particularly happy about recently?

Sport is my personal passion, and it was a pleasure for me to follow sporting events again. It’s not just about endurance sports, but also the European Football Championships, tennis at Wimbledon et cetera. We’re seeing people in the stadiums again.

What worries you the most?

In sport, there is a very big highlight: the Olympic Games, which are taking place in Tokyo this year. All eyes are now on Tokyo and we hope that the Olympics will go smoothly. The sporting events will be revived. I am immensely happy about that. The live experience has a special quality. That motivates me enormously.