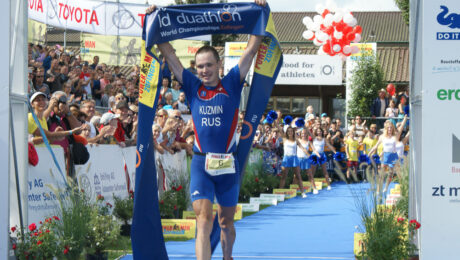 In a series we present the top favourites of the 2019 Zofingen ITU Powerman Long Distance Duathlon World Championships. It’s Maxim Kuzmin’s turn today. The 31-year-old Russian is the current number 14 in the 2018/19 Powerman World Ranking. The world champion of 2017 wants his title back this year.

Maxim Kuzmin mailed on the 22nd of July at his 31st anniversary: “Yes I will take part at the 2019 Zofingen ITU Powerman Long Distance Duathlon World Championships.” The Russian starts in Zofingen already for the fourth time. When he won the title two years ago it was a surprise for everyone. And Kuzmin still has a lot of selfconvidence: “This year I come to Zofingen to get my title back again.” This season the Russian ended up in 4th place at the Russian National duathlon championships over the sprint distance and second place at the Russian National triathlon championships over the middle distance. “This season I can not say that I’m completely satisfied. In June there was an injury – I broke my right arm after falling from my bike.” But Kuzmin is sure, that he will be in topform again till the 8th of September 2019, “because already one month after the accident I took part in the mentioned Triathlon championships.”

“Top-5 is my goal in Zofingen this time” 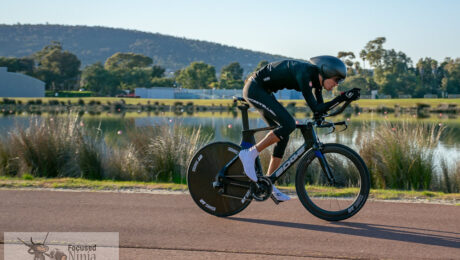 “Top-5 is my goal in Zofingen this time”

In a series we present the top favourites of the 2019 Zofingen ITU Powerman Long Distance Duathlon World Championships. It’s Thomas Bruins’ turn today. The 29-year-old Dutch, living in Australia, is the current number 9 in the 2018/19 Powerman World Ranking. Due to new working commitments Bruins had to change his training and racing conditions a bit.

Thomas Bruins startet at the Zofingen ITU Powerman Long Distance Duathlon World Championships three times so far. His best result he achieved at his first appearance in 2016 when he got seventh. “This year my goal is to be in the top-five”, says the 29-year-old Dutch who lives in Perth. “To balance new working commitments my training and racing have been different this year. I’ve done a lot more mountain biking and running with my dog. It has been a nice change.” Bruins works for a local government council – in Switzerland it would be town or city district level. “We have 270’000 people living in this council. This is one of many councils that make up the city of Perth. I work in the recreation department – supporting the council swimming pools, gyms, recreation centres and reserves.” So his best result this year was a second place at the Powerman Malaysia, at the 2019 Putrajaya ASTC Powerman Middle Distance Duathlon Asian Championships. 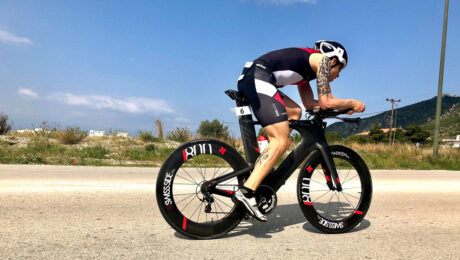 In a series we present the top favourites of the 2019 Zofingen ITU Powerman Long Distance Duathlon World Championships. It’s Michele Paonne’s turn today. The 31-year-old from Liechtenstein is the current number 4 in the 2018/19 Powerman World Ranking. In the first half of the season Paonne shone with top results, but then came July 7th and a crash on the bike at 55 km/h changed the look: “I’m trying everything to be fit again in time for September 8th.”

Michele Paonne has achieved three podium finishes this season: Rank 3 at Powerman Mallorca and rank 2 each at Powerman Greece and Powerman Swiss in Tramelan. This catapulted the 31-year-old from Liechtenstein to 4th place in the world ranking, “I am very satisfied with the first half of the season and would have liked to finish it at this level. But then came this 7th July, “when I thundered and fell on my bike over the Rhine dam at about 55 kilometres per hour”. The result: a fracture of the elbow and painful abrasions. “I really want to start at the Powerman Zofingen and try everything to be as fit as possible at the start on September 8th.” Paonne has started three times in Zofingen so far. His best result was rank 8 two years ago. “Last year, lying in fifth place, I had to give up because of cramps.”

Here you can find more information for the registration of the Powerman Zofingen 2019. 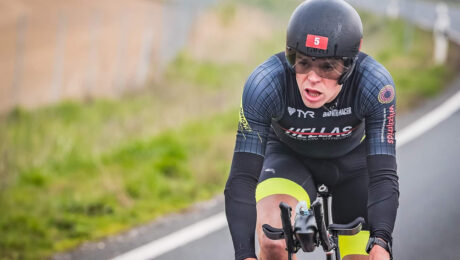 In a series we present the top favourites of the 2019 Zofingen ITU Powerman Long Distance Duathlon World Championships. Today it’s Daan De Groot’s time. The 27-year-old Dutch is the current number 3 in the Powerman World Ranking 2018/19. Because he never before did such a long distance before, he will gain in Zofingen some experience.

“Yes, I will very likely start at the 31st Powerman Zofingen,” confirms Daan De Groot on request. «Of course, I need to stay injury-free, but all is going well for now.» This with one exception: «I was a bit sick the last couple of weeks because I seem to be allergic to a specific kind of caterpillar that has invaded the Netherlands. But that seems to be under control for now.» Powerman Zofingen means 10 Km running, 150 km one the bike and than another 30 km running. «Last year I started for the first time in Zofingen over the short distance and I won the race. I never made such a long distance before, so I mainly come for gaining some experience in doing such an insanely long distance.» De Groot is in a very good shape. «I’m super satisfied with the season so far. I feel great and keep improving.» His biggest successes this year are definitely his wins at the Powerman Alsdorf and at the European Championships in Viborg. Before the 8th of September De Groot might do a half triathlon in Eupen, Belgium, «but I’m not sure yet».

Caption:
The soon 28-year-old Dutch Daan De Groot won last year in Zofingen over the short distance. This year he will gain some experience over the long distance because he’s never done such an effort before. Photo: zVg 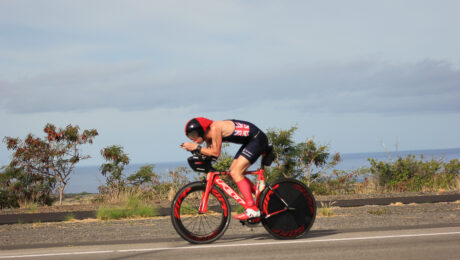 In a series we present the top favourites of the 2019 Zofingen ITU Powerman Long Distance Duathlon World Championships. We started with the defending champion Petra Eggenschwiler from Solothurn a few days ago. Whether Gaël Le Bellec will be able to defend his title on 8 September 2019 in Zofingen is completely unclear. The French world number one was shot down by a car on May 5th at the Powerman Michigan in Frankenmuth on the second bike lap and is still injured. Thus the English world rank second Peter “Oz” Ellis moves into the spotlight.

“Yes, I plan to start at the 31st Powerman Zofingen,” confirms Peter “Oz” Ellis on request. However, the Englishman, born on the 16th of August 1983, is relatively modest with regard to 8 September 2019. “I want to finish in the top 10 in Zofingen.” The Powerman world ranking second place is in top form: “I proved this with my two victories at the Powerman Hawaii and at the Powerman Michigan”. Ellis now wants to strike again at the UK Armed Forces Triathlon Championships on 24 July, where he will compete for the Royal Air Force. In the Age Group category, the Englishman has won everything there is to win: World and European Champion, plus British and English Champion. “I’m happy with the season so far, but I know there will be a lot more to come.” Anyway, Ellis wants to do better in Zofingen this time than at his premiere two years ago. “That’s when I ended up in a disappointing 23rd place.”

Here you can find more info about the registration for Powerman Zofingen 2019. 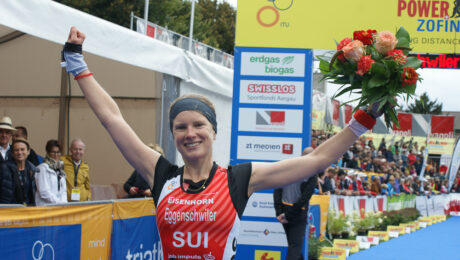 Petra Eggenschwiler won the 30th anniversary Powerman Zofingen last year on the new track. Her rivals at the 2019 Zofingen ITU Powerman Long Distance Duathlon World Championships should be listening to the 31-year-old from Solothurn: “I can still do everything better on September 8, 2019 than last year”. Especially in terms of endurance, she was able to improve thanks to her first Ironman stars.

“I didn’t expect that in any way”, Petra Eggenschwiler was not able to really take her title at the 2018 Zofingen ITU Powerman Long Distance Duathlon World Championships at first. “I didn’t believe in victory until I set off on the last 10 kilometre lap. The longer the race lasted, the more pain I had and I just hoped that I could hold out. “For health reasons, the Solothurn native, who grew up in Laupersdorf, had decided not to start at the Powerman Zofingen in 2016 and 2017. The newly designed 10 km running course, 150 km cycling course and another 30 km running course took the then 30-year-old in just 7 hours and 39 seconds. She was over 22 minutes faster than the runner-up, Melanie Maurer from Bern, who grew up in Wikon.

On a wave of success

Since then Eggenschwiler has turned almost everything she took under her feet into gold. She doesn’t seem to have any competition in mountain and long-distance races this year. nor in the Duathlon. In Viborg, Denmark, Eggenschwiler became European Champion Powerman ETU middle distance duathlon, ahead of Maurer. Only at the Swiss Duathlon Championships this year was she relegated to 2nd place by Maurer. Now Eggenschwiler is already showing off in triathlon: 5th place at the PRO Women Halbironman Rapperswil 2019 at her debut and 6th place (3rd European) shortly after at the Ironman Frankfurt (Ironman-EM). “I’m very satisfied with the course of the season so far, it even went much better than expected.” The first Ironman starts would have helped her a lot: “I’ve improved a lot, especially in terms of race length, I’ve got more endurance.” Before the Powerman Zofingen the next highlight is the Inferno Triathlon on August 17th. In the Bernese Oberland, the Solothurn native was second in each of the last two years.

On the 8th of September Eggenschwiler at least wants to be on the podium of the Powerman Zofingen. “If possible, I want to defend my world title. But at the finish line, I just want to be able to say that I did my best.” The 31-year-old from Solothurn is listening attentively to the question of what she could do even better this year compared to last year’s Powerman Zofingen: “Everything! And asked for a comparison old/new track at the Powerman Zofingen, she says: “I actually like both of them, although I liked the old bike track a bit better, because it contained a bit more crisp climbs.”

At the moment she feels comfortable everywhere, with mountain runs, duathlons and triathlons. “Okay, swimming is one of those things – but I still love to do mountain runs, it was always like that and will probably stay like that. “Two final statements prove that Eggenschwiler will start the Powerman Zofingen completely relaxed. “I didn’t look at the starting list to see who my toughest competitors could be at the 31st Powerman Zofingen” and “after my premiere over the whole IRONMAN distance in Frankfurt I’m going to give up duathlons and triathlons for a while now and just want to enjoy the summer. I want to do what I want to do and that means spending a lot of time in the mountains. »